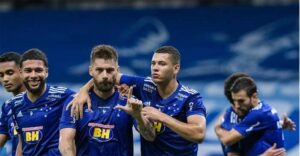 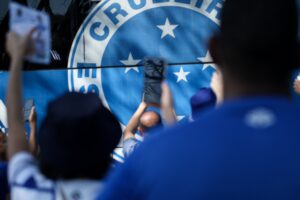 Still this season, Cruzeiro is thinking of launching another shirt, but this time in celebration of access to the elite of national football. certainly, the 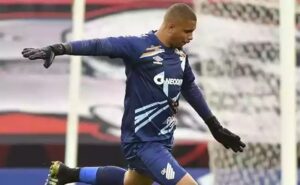 Already thinking about the next season, where the elite of national football will play, O Cruzeiro keeps an eye on the squad's assembly and already has an agreement 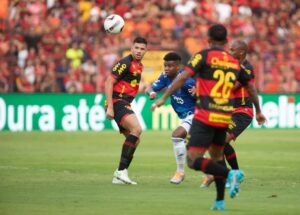 This Sunday afternoon (9), Sport x Cruzeiro faced each other for the 34th round of the Brazilian Series B Championship.

After being tied, Pezzolano says he is dissatisfied and takes responsibility

On the night of this Wednesday (5), Cruzeiro x Ituano were in a 1 x 1 tie for the 33rd round of the Brazilian Series B Championship.

At the title party, Cruzeiro is tied with Ituano

This Wednesday night (5), Cruzeiro x Ituano faced each other for the 33rd round of the Brazilian Series B Championship. With a goal by Edu, for Raposa, and Gabriel Barros,

This Wednesday night (5), Cruzeiro x Ituano faced each other for the 33rd round of the Brazilian Series B Championship.

Title duel marks confrontation between the best teams of the return

Cruzeiro and Ituano face each other this Wednesday (5), at Mineirão, in a duel that puts the two best campaigns of the return of Série B face to face.

Ituano will use the space as a visitor at Mineirão

This Tuesday (4th), before the title match, Ituano formally denied to Cruzeiro the change in the space for visiting fans in the stadium.

With Jajá, Cruzeiro releases list of related to the title party

This Tuesday afternoon (4), Cruzeiro finished preparing to receive the Ituano team. Of course, the game starts at 9:30 pm (Brasília time), at

Lincoln held his first press conference as a Cruzeiro player 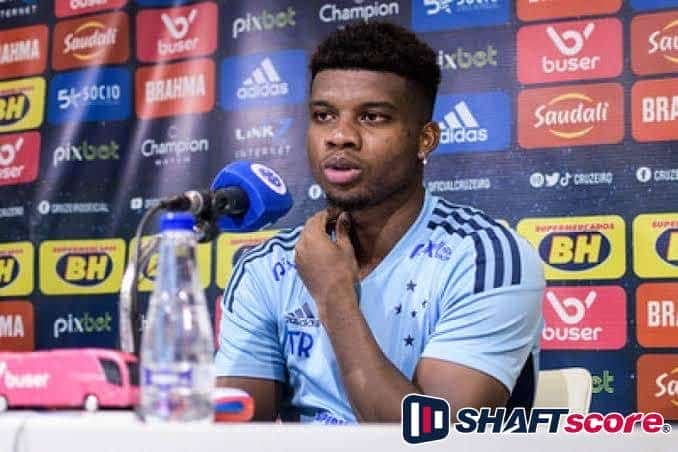 The player ex-Flemish and the Vissel Kobe, Lincoln, arrived at Cruzeiro and is already released to play for Celeste. Lincoln is another bet in the fox transfer window, among other players like Wesley Gasolina, Marcos Cipriano, Bruno Rodrigues. Thus, in his first press conference held on Tuesday (16), he detailed how his physical condition is and also where he can perform more on the field.

Hired on loan from the Japanese team Vissel Kobe, lincoln signed with the team last week. So, since its arrival, it has been doing work to recover its physical form and be available for use as soon as possible. In addition, he also said that he is meeting the standards required by the coach Paul Pezzolano, since not Japan trained differently.

“The players are very qualified, all with their specific characteristics, but very qualified. They are already training that way (with a lot of intensity) and in Japan I was training in a different way. I'm still fitting in the way that Pezzolano asks”, he said.

“I am available and I want to play. I will do everything to help Cruzeiro get access and the title”, he declared.

In the attack of the cabuloso, lincoln will have competitions like Luvannor, Edu, Rodolfo and the Rafa Silva if you want to act as a reference man . If he acts on the side of the field, the player will have to overcome Bruno Rodrigues, Chay, Leonardo Pais and the Sthenium. Even with Leonardo and the Sthenium being in a recovery process, the dispute on paper would be against them.

How Lincoln can help Cruzeiro get the promotion that seems imminent

When I still defended the flamingo, lincoln came to play in all positions of the attack. He stated that he can repeat the tactical variation in the cruise case Pezzolano need during matches, but revealed which is his favorite.

“I'm here to help, but it's obvious that my preference is to play centrally. In today's training, I played as 'number 9' and a little further back too, but I manage to play on the side and play wide. I'm here to help and, whatever he (Pezzolano) needs, I'll be available”, he highlighted.

In this way, the cruise makes another investment for a campaign almost certain in the Series - next year. In addition, not only the early promotion is at stake, but also the title of Serie B champion. O gritty is currently at 53 points, 10 more than the runner-up Bahia, who has the same number of points as Celeste's next opponent, the Guild.

What the table shows is that it will be very difficult not to have the main division of the Brazilian championship with teams like Cruzeiro, Bahia, Vasco and Gremio . The last placed in the table, Basque, is just one point away from the two neighbors from above, this could be the real dispute within the G4, since Celeste is at least 10 points behind any of the other three teams. Still, teams like London and the Sport, who are glued close to the top four look like they will save themselves from relegation.