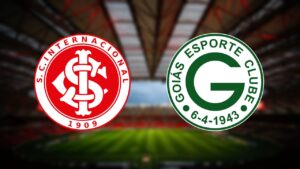 Internacional vs Goiás – check out where to watch, lineups and more information

Internacional x Goiás faced each other this Sunday (9), for the Brazilian Championship. Therefore, the match is scheduled for 11 am (Brasília time), in the giant 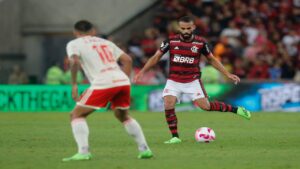 Flamengo and Internacional do not leave the tie

On Wednesday (05), Flamengo x Internacional faced each other for the Brazilian Championship. Thus, in a game largely dominated by Flamengo, Colorado managed to

Flamengo x Internacional – check out where to watch, lineups and more information

Flamengo x Internacional faced each other this Wednesday (5), for the Brazilian Championship. Therefore, the match is scheduled for 21:30 (Brasília time), at Estádio 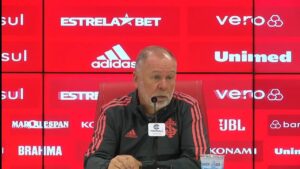 After the draw with Bragantino, coach Mano Menezes spoke of Inter's performance in the match. In addition, he was very concerned about 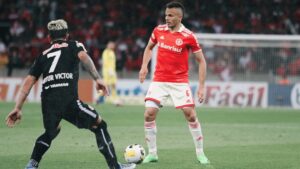 Internacional draws with Bragantino and loses the vice leadership

On Wednesday (28), Internacional x Bragantino faced each other for the Brazilian Championship. Thus, in a well-balanced game, the home team failed to break the 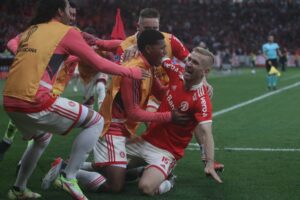 Pedro Henrique should get another chance as a starter

Pedro Henrique is a name almost beaten in the lineups of Mano Menezes. So, the player is one of the coach's triumphs, where in most 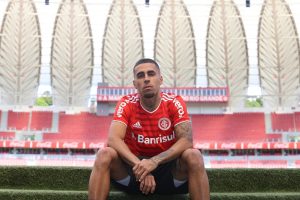 Get to know a little more about Gabriel, the new captain of Internacional

Internacional has had a good season this year, with good results and managed to field good players like midfielder Gabriel. Being 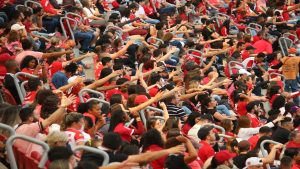 Does Internacional still have a chance of winning the Brasileirão?

With the victory over Atlético-GO last Monday (19), a question that remains in the minds of the Colorados is whether Internacional still has a chance 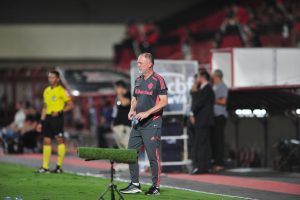 After the victory, Mano says he still dreams of the Brazilian title

On Monday night (19), Internacional beat Atlético-GO by 2×1 and in an interview, Mano says he still dreams of winning the Brasileirão title. Then, 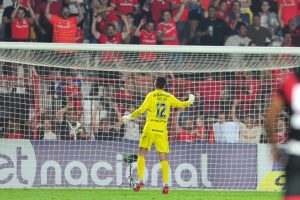 Internacional beats Atlético-GO away from home in the Brasileirão

On Monday night (19), Atlético-GO x Internacional faced each other for the Brazilian Championship. Thus, in a well-run game, the visitors managed to create good chances in the 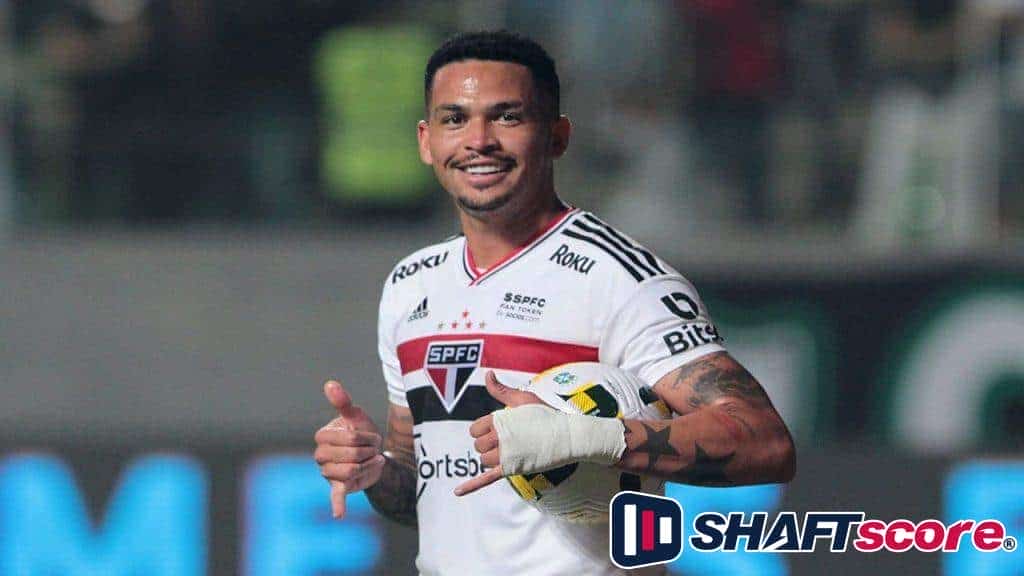 On Thursday night (18), America vs Sao Paulo faced each other for Copa do Brasil. So, in a very truncated game, São Paulo managed to open two goals of advantage. But, América-MG was a warrior and sought a tie, which even so was not able to take the match to penalties. Thus, Tricolor took the place in the semifinals.

Check out the highlights of America vs Sao Paulo

1st half: São Paulo starts better but América-MG is in the match and balances

Certainly, São Paulo has already arrived for the match with a goal advantage. Well, in the first leg at Morumbi, they won the match by 1×0. In addition, he was confident for the game, due to the good victory at home against Bragantino. However, they did not have an easy life, with the support of their fans the Rabbit he came in focused and even though he was behind on the scoreboard, he was brave and had a good game.

At first, the game started well, with few chances to score and many fouls. So the Sao Paulo tried to print his rhythm if the game but, he found a well closed midfield and posted from the America-MG. However, at 22', after a good exchange of passes, Lucian received from nestor and hit from outside the area, opening the scoring for the visitors.

Then, the game started to get more rushed, with both teams trying to use speed to get to the attack. But at 29', Calleri he thought Lucian that well placed removed two markers and enlarged the marker to the Tricolor, making it 2×0.

However, the Sao Paulo it slowed down his pace of play. Thus, he managed to create some chances and at 41', in a cross ball inside the area after a corner, the ball hit the defender's arm Tricolor. Then, with the help of VAR, the referee awarded a penalty, which wellington paulista at 43', he hit and reduced the score in the first half

2nd half: Miranda is expelled, América draws but, who leaves with the vacancy is Tricolor

Initially, the game came back more open, with both teams trying to get out into the game. So, everything changed at 11', when Miranda he was fouled at the entrance to the area and ended up taking the second yellow, which left him out of the match. So, the home team went on the attack and right after 19', after much insistence, Pedrinho crossed to measure Everaldo deviate in the small area of shin and kettle and tie the confrontation.

However, after the goal, the Sao Paulo he played for good in defense and América wanted the third to take the match to penalties. But to no avail. Well, with the 2×2 the dearest secured their spot in the semifinals of the Brazil Cup 2022.

Now the America-MG is only in contention Championship Brazilian. So, in the next round they face the Athletico-PR away from home on Sunday (21), at 6 pm (Brasília time). On the other hand, the Sao Paulo still alive in Copa do Brasil and in South America, in addition to Brasileirão. Finally, the São Paulo tricolor There's also a classic on Sunday (21). So the club faces the Santos away from home also at 6 pm (Brasília time).

Since I was little I loved watching sports, I woke up at dawn to watch the 2008 Olympics, I didn't miss a Manchester United game with Cristiano Ronaldo and Ronney and I always followed the national championships and I always had the feeling of transmitting the emotion of the sport either by text or spoken, I was already part of the Timão Universitário program on the web, radio coringão and Rádio UNG as a commentator and in the same way that I was enchanted by sports journalism, I want to pass on the information and emotion of the sport to all the people I can