Botafogo reveals players for the next two matches

This Thursday (6), Botafogo faces the Avaí team at Estádio da Ressacada, in Florianópolis. And next Sunday (9), the team from Rio de Janeiro will Palmeiras visited the Botafogo team for the 29th round of the Brazilian Championship on Monday night (3), at Estádio Nilton Santos, and emerged victorious Botafogo entered the field with the Goiás team this past Wednesday (28), for the 28th round of the 2022 Brazilian Championship. 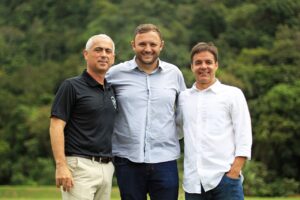 “Botafogo Way” begins to take shape; understand what it is

When he took over Botafogo, in March, the American businessman John Textor promised not to just hand over money to the Rio de Janeiro club. Thus, the shareholder of SAF Botafogo reappears aiming for a duel against Goiás

After the 2-0 victory against Coritiba, Botafogo coach Luís Castro granted a three-day vacation to the club's squad Botafogo will set up an observation base in Argentina

After large investments in the scout area (performance analysis and observation), Botafogo will start its large player observation network. So, the

Botafogo x Coritiba faced each other at the Nilton Santos Stadium, this past Saturday (17). Thus, it was a duel valid for the 27th round of the 2022 Brazilian Championship. 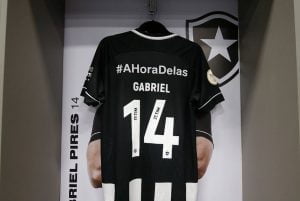 Botafogo returns to the field this Saturday (17) to face Coritiba, at home, for the 27th round of the 2022 Brazilian Championship.

Botafogo vs Coritiba – check out where to watch, lineups and more information

Botafogo x Coritiba face each other this Saturday (17), for the 27th round of the 2022 Brazilian Championship. Thus, the duel will be at the Nilton Santos Stadium, in Rio Botafogo continues without definition of uniform for 2023

Botafogo is looking for reinforcements for the 2023 season. However, one of the main negotiations that take place behind the scenes at the Rio de Janeiro club is about

Tiquinho Soares is presented at Botafogo 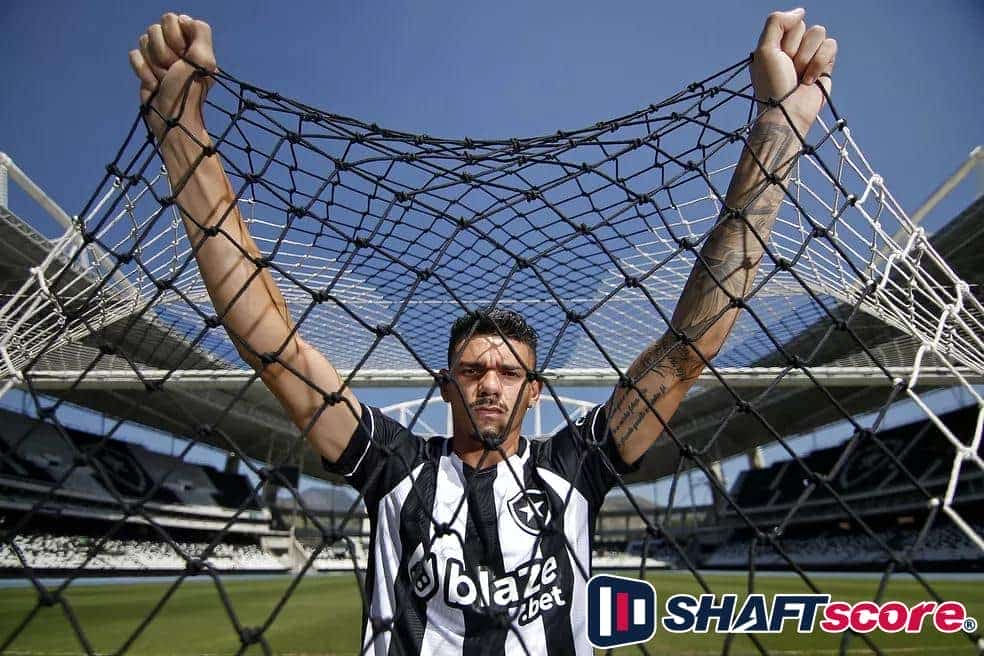 Asian Botafogo closed this summer's transfer window with ten reinforcements. Thus, one of these reinforcements for the attack, being Tiquinho Soares, coming from Olympiacos. Therefore, the 31-year-old striker was presented this Wednesday (17) to the Rio de Janeiro club. The presentation took place at Nilton Santos Stadium, married Botafogo, and was attended by little bit and the club's director of football, André Mazzuco. In short, Tiquinho Soares will wear jersey number 9 Glorious, and came with the mission to command the attack until the end of 2024, when his contract ends. In the presentation conference, the striker who had been in Europe for eight years (with emphasis on FC Porto, from Portugal) said he is ready to play wherever Luiz Castro, technician of Botafogo, scale it:

“I am very happy and motivated. He had played before against our coach. Their teams are good, I'm sure they're doing a good job. His team likes to play and have the ball. It has everything to work out. I can play wherever he wants. I am here to help."

To know, Tiquinho Soares he also talked about what Botafogo fans can expect from him. Which is a lot of race and dedication “body and soul”. In addition, the new shirt number 9 of the Glorious quoted the greatest idol of the club, Mane Garrincha, and talked about the Botafogo be a club of gigantic proportions.

During the press conference, Botafogo's football director, André Mazzuco, revealed that Tiquinho Soares Arrived to Botafogo with an injury. Thus, this injury is muscular, and it happened in his last match for the Greek club in which little bit acted, the Olympiacos. It must be available to the technician Luiz Castro in three weeks:

“Happy to be presenting the newest jersey number 9 of the Botafogo. It is important to highlight relevant information. We started negotiating with the little bit between July and August. It was not an easy negotiation. Tiquinho had a contract in force there, he was an athlete that we had followed for a while, it is related to what we wanted from Brazilians who are outside Brazil. It was a tense negotiation, but we had the help of little bit. As you all know, we had an event in the match where he left in stoppage time feeling a muscle issue. That didn’t change the hiring.”

“One of the conditions of Olympiacos was for him to act in the match (against Slovan Bratislava. It was something he didn't want to do, but the Olympiacos asked him to play. Unfortunately it happened, we are supporting the little bit. We have a return forecast that he will be able to play in three weeks. It is the deadline we have in the department. Since he arrived, he has been treating.”

Other issues addressed at the Botafogo press conference

Responsibility for the number 9 shirt and Tiquinho's characteristics

In short, Tiquinho Soares talked about the greatness of wearing the number 9 shirt of the Botafogo. So, little bit declared that he knows the size of this shirt, of the players who have already used the shirt 9 d0 Glorious. Therefore, he is very happy to represent the Botafogo and, mainly, this shirt number 9. In addition, the characteristics of little bit on the pitch they adapt exactly to your jersey number:

“I'm an area guy, 9, I like to get out of the area a little and have a certain amount of freedom, but not far from the area. I have a good header, I think that's my best quality and I shoot from outside the area too. Those are my main characteristics.”

Affection from the fans

In addition, the new striker of the Botafogo talked about how the negotiations between him and the Botafogo. So, little bit declared this Wednesday (17th) that he already had the proposal from the Rio de Janeiro club in hand for almost a month, and was interested in coming to Rio de Janeiro. This decision, for little bit, it was very easy because it was a club of enormous size. However, when news of the negotiation began to appear in the press, the decision became even easier:

“When the rumors surfaced, people start sending messages on the social network and you feel confident. When someone wants you and demonstrates it, you feel happy. When the offer came up, I jumped at the opportunity.”

Lastly, little bit talked about what he brings with him from Europe. That, according to him, is a matter of experience. So, since the Rio de Janeiro club has many young players on the professional team, Tiquinho intends to talk a lot with them in order to pass on experience. Furthermore, the striker does not rule out learning a lot from his teammates and coach as well.

So, finally, the new shirt number 9 of the Botafogo spoke about his experience in Brazilian football, which is summarized in smaller clubs:

“I don't have much experience in Brazilian football, but I think I'm prepared for this new challenge, very ambitious and focused on my return, dealing with it every day. I am happy, really happy, and I hope to be with my teammates soon and make my debut with a goal.”

Journalist in training at Veiga de Almeida University (RJ). Passionate about his profession and sports, especially Auto Racing and Football. However, I don't dispense with any sport at all. If you need me, I'll be there. Insta: @jvffreire